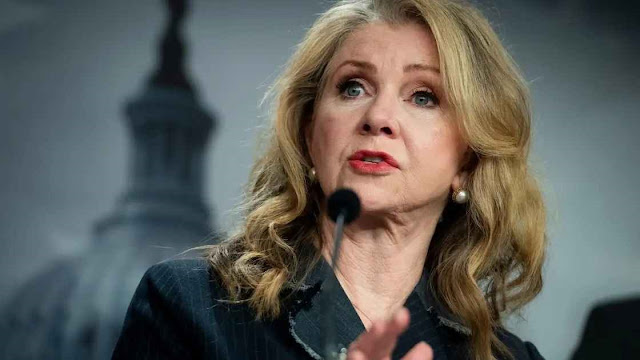 Republican Senator Martha Blackburn sent a message to the world on Saturday, stressing in a tweet on her Twitter account that the administration of US President Joe Biden must reject any deal with the dangerous Iranian regime, which she said will not give in to terrorism.

Earlier, a senior US official in the Biden administration revealed that Iran has officially dropped its request to remove the Revolutionary Guards from its terrorist list, a major sticking point in efforts to revive the nuclear deal.

The official told CNN on Friday that Tehran had not called for the Revolutionary Guards to be removed from the terrorism list in response on Monday to the European Union's proposal to revive the 2015 deal, a red line for it.

He also confirmed that the current version of the text and their request waived this requirement, noting that the United States had repeatedly rejected it. "So if we're closer to a deal, that's why," he added.

He also explained that Tehran had dropped its demands to remove several companies linked to the Iranian Revolutionary Guard from the terrorism list.

The official stressed that the president stressed firmly and resolutely that he would not remove the Islamic Revolutionary Guard Corps from the list of terrorism.

Samsung confirms that its Galaxy Note series phones are dead

However, he said that while the deal is closer now than it was two weeks ago, the outcome is still uncertain and there are still some loopholes. President Biden will only agree to a deal that is in the interest of our national security.

On the other hand, Seyed Mohammad Marandi, political advisor to the Iranian negotiating team, echoed these statements. In a tweet on his Twitter account on Saturday, he said that removing the Revolutionary Guards from the list of US foreign terrorist organizations was not an absolute or a major demand because he knows that the issue was previously one of the main obstacles. This has hampered efforts to revive the Convention.

Still, he said, Washington clearly needed an excuse to justify its approval of the deal, saying, "But if the United States needs such a claim to sell the deal, that's their business!"

It is worth noting that the past few days witnessed a large number of leaks about Iranian demands, as well as alleged US concessions, but Washington officially denied the authenticity of the leaks.

The nuclear talks, which began in April 2021 and ran for several months, recently entered a critical phase that could soon lead to either an agreement or a new round of delays.

Meanwhile, the relevant parties, notably Brussels and Washington, are studying Tehran's response to the EU's proposals last week, with the aim of reaching a final understanding.

Samsung Galaxy devices will get 4 years of Android updates