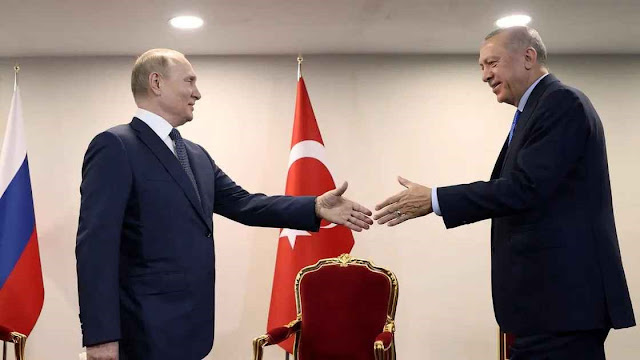 Deputy US Treasury Secretary Wally Ardmore confirmed that Moscow is trying to use Ankara to evade sanctions imposed on it after European Union officials raised concerns about the rapprochement between Russia and Turkey.

In a conversation with Deputy Treasury Secretary Yunus Elitas, Ademo expressed his country's concerns that Russian entities and individuals might use Turkey to evade sanctions imposed by the United States and 30 other countries.

He renewed US interest in Turkey's economic success, expressing the Treasury's commitment to working with the government of Ankara to protect the integrity of its banking sector.

The developments come after European Union officials expressed concerns about reconciliation between Russia and Turkey and warned that Turkey would become a trading platform for Moscow, the Financial Times reported.

Officials described Turkey's behavior with Russia at this time as highly opportunistic, and stressed that the energy and food deal between Moscow and Ankara had raised concerns.

Notably, Russia has for months sought to impose its own currency in international transactions in response to the euro and the dollar, given the unprecedented level of Western economic sanctions that the war on Ukraine has affected.

Before the meeting, Erdogan expressed his hope that his meeting with Putin would open a completely different page in the relationship between the two countries.

He also confirmed his intention to secure the construction of the Russian Rosatom Group for a nuclear power plant in Akkuyu, southern Turkey, while disagreements may delay the implementation of the mega project.