The shape and weight of the fetus in the eighth month

The shape and weight of the fetus in the eighth month 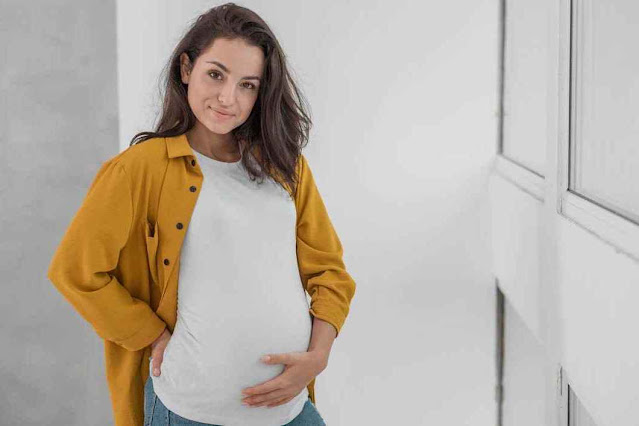 The brain of the fetus is developing rapidly this month, and the fetus can see and hear and activities increase in the womb, and fat increases, although most of the internal organs are fully developed at this stage, the lungs may need more time to complete their growth,

It is worth noting that the month of the eighth pregnancy starts from the thirty-second week until the end of the thirtieth year. weeks, Below we will explain how the shape of the fetus differs and some details of its weight in the eighth month of pregnancy:

From the first week or the 32nd week of the eighth month, the fetus weighs about 1.7 kg and is about 42.5 cm in length. It gains more strength and toughness during this week, and in some cases, the fetus may rotate downward, now with its head towards the cervix.

In fact, due to the acceleration of the fetal growth rate at this stage of pregnancy, the pregnant woman will feel a lot of movement and kicking during this week,

and his hearing is also developing, so it is best to talk to the fetus at this stage because the sounds can be distinguished after birth,

and other individuals can also encourage family members to try it, it is worth it means that the baby's nails have started to grow, and by the time of birth the baby's nails may become longer. Within a week, the length of the fetus may increase by about one centimeter to about 43.6 centimeters, while this week the weight is about 1.9 kilograms, in fact, the skin of the fetus will undergo some changes during this period. weeks; In addition to increasing the smoothness of the skin, his complexion is gradually becoming less red and has lost its clarity and plumpness in preparation for birth, it also helps to smooth out the wrinkles that caused the wrinkles in the fetus.

It should be noted that the bones that make up the skull do not fuse until that moment, which helps them to move easily and overlap with each other, which helps to pass the fetal head from the birth canal after birth. Pregnancy ends, and these bones do not fuse completely until early adulthood, allowing nearly intracranial tissue to grow and expand during infancy and childhood, also indicating that many newborns have a conical head shape but return to their original shape due to intense pressure on Fetal head at birth and the flexibility of the skull. Normal shape shortly after birth. 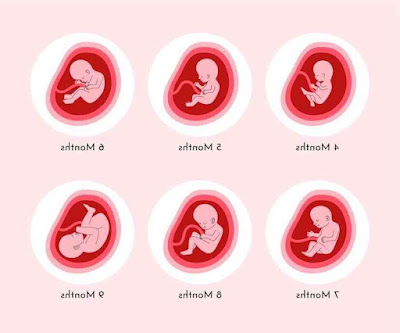 The fetus is separated from the date of birth at the 34th week, i.e. less than about two months, its length is about 45 cm and its weight is about 2.1 kg,

the urinary system of the fetus is developing at this stage; The fetus can swallow about a liter of amniotic fluid. It is excreted in the urine, and the immune system continues to grow

and in the case of male fetuses, the testicle descends into the scrotum at this stage, and the rate of weight gain increases due to increased fat storage.

The fatty layer of the skin plays an important role in regulating the body temperature of the fetus after birth, of course, as it increases in children enjoying a good condition,

and this fatty layer is called the adipose layer or the fetus, and it also helps prevent water loss in the fetus and strengthen its immunity.

The lungs are already at this stage very developed, as well as the eyes, which can respond to light by dilating and narrowing the pupil or pupil.

A feature of this stage is also a low rate of fetal movement, which is due to the decrease in the available space in the womb with the increase in the size of the fetus.

The fetus is usually taken with the legs bent close to the torso, but the woman may feel more noticeable movement as the fetus moves its feet or arms along the inner part of the abdomen.

The fetus at the 35th week of pregnancy weighs about 2.4 kg and its length is about 46.2 cm. It can be said that the size of the fetus at this stage is the same as the size of a medium-sized pineapple and also the weight is increasing,

and the length remains approximately this amount until birth; Because the fetus from this week until birth may have more than half a kilogram of fat, the movement of the fetus is somewhat limited this week as in the previous week; At this stage,

the fetus's legs are directed towards the chest most of the time, and the fetus's position may change so that the movement of the fetus can be felt, and you can even see some signs of its movement. in the abdomen.

The level of amniotic fluid decreases with the progression of pregnancy, and the volume is estimated at about a quarter of a liter at this stage.

many important processes continue to develop and grow; During the last five weeks of pregnancy, the weight of the fetus's brain increases by about a third, except for the skin due to the increase in subcutaneous fat mass, and wrinkles disappear.

Symptoms of the eighth month of pregnancy

During the eighth month of pregnancy, a pregnant woman may suffer from a group of symptoms, some of which are:

In the eighth month of pregnancy, in addition to completing most of the growth, the fetus will undergo many changes, such as the ability to hear, increased sensitivity of the eyes to vision, and an increase in subcutaneous fat.

pregnant women suffer from a set of symptoms, such as the appearance of false orgasms, and several other symptoms due to increased pressure from the uterus on different parts of the uterus. the body.