Research conducted and reports prepared before the spread of the COVID-19 pandemic showed that investments in climate action would go a long way towards building a sustainable economy. According to the World Bank in October 2019, the world will need to invest heavily in infrastructure over the next 15 years - about $90 trillion by 2030. But these investments can be offset. The bank found that the transition to a green economy can provide new economic opportunities and jobs, as an investment of $1 generates an average of $4 in benefits. 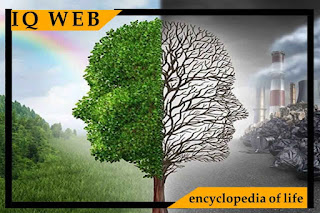 A new report on climate economics, released in 2018, said bold climate action could deliver $26 trillion indirect economic benefits to the business as usual by 2030 — a conservative estimate, the report said.

The Covid-19 pandemic has not stopped climate change, and while it has led to a reduction in emissions, the reduction has been temporary and emissions have returned to pre-pandemic levels - causing global temperatures to rise much more than Paris The 1.5°C target set in the agreement may have implications. Large side suite.

Investment decisions will now determine whether we create or destroy wealth and the likely path to prosperity. It is increasingly clear that success in reducing climate change to sustainable and livable levels depends on not continuing to burn all of the world's fossil fuel reserves. The long-term economic reality is that if we want to keep warming by 1.5°C, only a small portion of our proven fossil fuel reserves can be burned.

This shift will require policies to move countries towards carbon neutrality by 2050. That is why UN Secretary-General António Guterres has identified six priority areas for climate action during the recovery phase from the COVID-19 pandemic, including investing in decent jobs; not bailing out polluting companies; abandoning fossil fuel subsidies; stopping investing in and abandoning coal-fired power plants; consider climate-related risks and opportunities in all financial and policy decisions; development of international cooperation; Ensuring that no one is left behind in a fair transition. 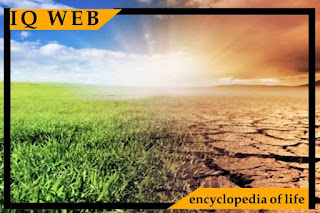 This raises the question of properties that have been abandoned long before the normal completion date and expected return. Some coal mines have closed because the materials have become more expensive compared to renewable energy. Replacing more expensive coal-fired power plants with 500 gigawatts of electricity from solar and wind plants could cut costs by up to $23 billion a year and generate $940 billion in stimulus, or about 1 percent of global GDP.

Countries around the world recognize the need for private climate finance in the Paris Agreement, which calls for aligning financial flows with the path toward low greenhouse gas emissions and climate-resilient development.

In addition to reducing emissions, improving infrastructure resilience can avoid costly repairs and reduce the widespread impact of natural disasters on the livelihoods and well-being of people, particularly the most vulnerable, as well as businesses and economies. Shifting to a resilient, low-carbon economy could result in more than 65 million new jobs being created globally by 2030.

Efforts under the Paris Agreement are guided by its goal of aligning financial flows with the path toward lower greenhouse gas emissions and climate-resilient development. Assessing progress in providing and mobilizing support is also part of the global assessment under the Convention. The Paris Agreement also emphasizes transparency and enhances the predictability of financial support. 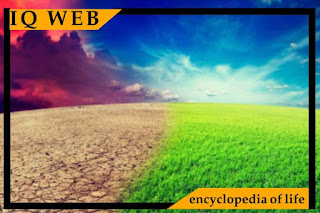 The agreement itself requires the application of principles of justice, common but differentiated responsibilities, and the capabilities of all parties according to different national circumstances.

Tackling the climate crisis requires collective action by all countries, cities, financial actors, businesses, and ordinary citizens. As part of these concerted efforts, developed countries have pledged to mobilize $100 billion annually by 2020 from various sources to meet their mitigation needs. emergency adaptation in developing countries

Governments also agreed to provide billions of dollars in new multilateral financing through the Green Climate Fund. At the first GCF replenishment meeting in October 2019, leaders expressed strong confidence in the ability of the GCF to support developing countries in designing and implementing climate action plans. Ambitious The projected Nationally Determined Contributions (INDCs) also have a primary mandate to maintain a balance between mitigation and adaptation in its portfolio and engage the private sector through private sector funds to mobilize private financing for low-carbon and resilient investments.

However, this balance has so far proven difficult to achieve, as adaptation finance remains a small part of overall climate finance. The Climate Policy Initiative (CPI) in the 2019 climate finance landscape indicated that most funding is still pursuing facilitation activity. While annual adaptation financing averaged $30 billion in 2017 and 2018, this represented only 5% of the influx. In contrast, mitigation and adaptation financing combined accounted for 2.1% of the total (mainly water projects) (compared to 93% of mitigation flows). Also, adaptation finance represents only 0.1% of private finance flows tracked in the Landscape Report, as well as a small portion of the GCF's private sector portfolio. 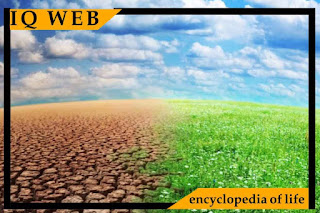 Private sector interest is growing As policymakers recognize the huge growth opportunities in the global transition to low carbon, companies, and some major investors are increasingly interested in adopting sustainable business plans that are compatible with a future 1.5°C warming by 2050. More progress is needed, Overall, the corporate and investor journey is still in its early stages. Pension funds and major investment firms acknowledge that their portfolios are now more in line with a 3.5°C warmer future and are starting to move. According to this percentage of partnering with asset managers and companies in their portfolios to reduce carbon emissions and align with zero emissions targets. Efforts to engage the private sector in achieving the Paris goals are gaining momentum. Include the Homeowners Alliance, an initiative called Net Worth launched during the 2019 UN Climate Action Summit on the increase. The alliance now has 29 members, including pension funds, insurance companies, trusts, and sovereigns, and is working to find substantive ways to align its portfolio with the Paris Agreement's goal of zero emissions. Investors also need to take decisive steps to use their corporate voting rights in their portfolios to accelerate emissions reductions by systematically supporting climate change decisions at shareholder meetings Carbon: Investors should also add a no-harm test to ensure that investments actually help achieve climate-related goals, as the European Union proposes in its latest recovery plan. Risks remain underestimated Many investors, as well as banks and companies, continue to downplay the risks of climate change, still making short-sighted decisions to expand investment in carbon-intensive assets. The main way to break the link between greenhouse gas emissions and economic activity is to change the composition of the energy supply, from fossil fuels to renewables. Risks and Opportunities Climate risk and its management are critical to promoting low-carbon and climate-resilient growth. Climate risk disclosure and reporting frameworks, such as the Climate Disclosure Task Force, provide a good framework for financial actors and real economy firms to address the risks of climate change and take advantage of the opportunities it presents. Transition to a low carbon economy that can adapt to climate change. A new financial system to tackle climate risks A new sustainable financial system that provides financing is slowly being built, according to UN Special Envoy for Climate Action Mark Carney, who until recently was the Bank of England governor. Private sector initiatives and innovations, in turn, have the potential to expand the effectiveness of government climate policies. This includes increasing efforts to integrate climate risks into decision-making, such as what the Climate Disclosure Task Force is doing. Carney added that, like almost anything else in tackling climate change, this new sustainable financing has not been developed fast enough to enable the world to reduce emissions to zero. Ensuring a level playing field While substantively regulating climate risk disclosure and reporting, the challenge is to ensure that capacity differences between countries are recognized and addressed to avoid the spread of standards and to encourage financial authorities and regulators to work together to ensure consistent oversight The green network of the financial system brings together central banks, regulators and financial authorities To enhance the role of the financial system in managing risk and mobilizing capital for low-carbon, climate-resilient investments. Loss of outstanding assets may jeopardize financial stability. Mark Carney says that if the estimates are roughly correct, they will make the parts. Most of the stuck reserves — such as oil, gas, and coal, which are virtually unburnable without expensive carbon capture technology, are in turn changing the economics of fossil fuels. Mark Carney: Investing in Zero Climate Solutions Creates Value and Returns In a recent interview, UN Envoy talks about UN action on climate and finance Mark Carney talks about how private finance is increasingly supporting achieving net greenhouse gas emissions, highlighting that people All over the world must keep pushing for climate action Read full interview PostFacebookTwitterEmailWhatsApp

the climate the world